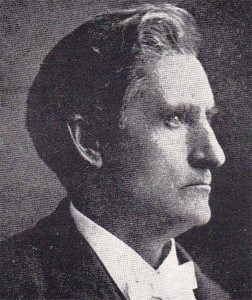 1866 – On May 6, an organizational meeting was held downtown, and the decision was made to organize and erect a building.  On May 27,  the first regular and official meeting was held. A building and constitution/bylaws committees were established.  On July 1, members voted to lay a foundation for a building of 30 x 50 feet.  (see photo above left) On July 8, services began.   Rev. F.A. Umbeck preached his first sermon to the German Evangelical Congregation in the old Baptist church.  Rev. Umbeck was the pastor of the North Morro (Salem) Church.  On July 29, the cornerstone for the new church was laid.

1867 – On January 7, the new church was dedicated. The cost of the building was $3582. Twenty-two German citizens signed the constitution and bylaws.

1889 – The adjoining lots and residence were bought and the house was  enlarged and improved. Rev. F.A. Umbeck was called as a fulltime pastor.

1891 – The 25th anniversary of the German Evangelical Congregation at California was celebrated. 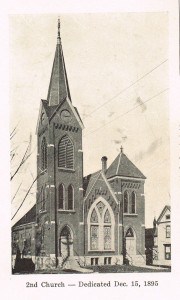 1895 – On June 9, Rev. F.A. Umbeck delivered the last sermon in the old church.  On December 15, the new church building was dedicated. The construction time was 5 months and 1 week.

1896 – The clock (Seth Thomas) was installed in the tower, at a cost of $380.  The city of California donated $75. The rest was contributed by members of the church and community.

1903 – A new parsonage for the pastor was built.  Photo shows it in the 1941 Anniversary Booklet.

1913 – On June 8, the 50th anniversary of ordination of Rev. F.A. Umbeck was celebrated.  He had served the California congregation for 47 years. Rev. Umbeck died on September 4. 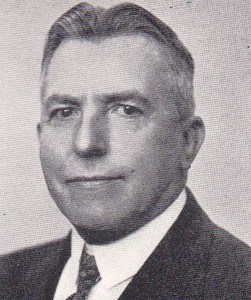 1914 – On March 8, Rev. F.P. Umbeck entered duties as the church’s second pastor.
1916 – The 50th anniversary of the church was celebrated. Gradual changes began allowing for some services in English. The 7:30 p.m. service of the celebration was in English.

1920 – Minutes of the congregational meetings were written in both German and English.

1922 – The pastor of the California church started assuming the duties as pastor for the Salem church. 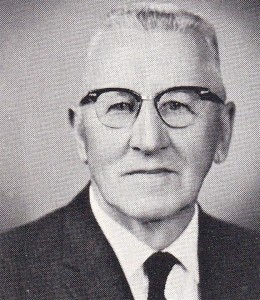 1924 – Dec. 15, Rev. F.P. Umbeck resigned to pastor the Nazareth Evangelical Church of Chicago.  German services were limited to one per month at this time.

1925 – On March 22, Rev. J.C. Bierbaum of Lexington, MO, assumed duties as the pastor of the California and Salem congregations.

1933 – German services were held on special holidays only.

1941 – The church celebrated its 75th anniversary. Sunday school membership had grown from 172 to 385 in the 25 years since the 50th anniversary.  Church sons and daughters engaged in Christian service identified at this time were:  Rev. Ralph Weisser, Rev. Richard M.A. Gadow, Miss Elizabeth Kunze, Deaconess; Miss Ida Bieri, Deaconess.  Edwin Gross died at age 20 while a student at Elmhurst College 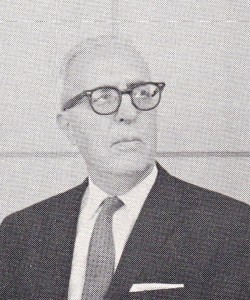 1950 – Rev. Shoppe resigned and accepted a call to a church in St. Louis county.

1951 –  In January, Rev. E.L. Koch assumed the duties as pastor of the California and Salem churches. 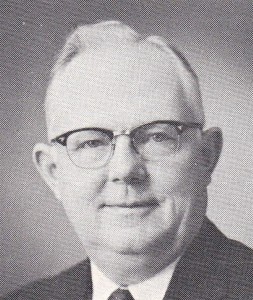 1953 – The chancel was redesigned and remodeled. As part of the project, a new organ was purchased and the pipes were enclosed. The Bryant property west of the church was purchased for use as a parking lot.

1957 – Acknowledging the merger of the synods of the Evangelical and Reformed Church and the Congregational Christian Church, the California church becomes known as the California United Church of Christ.

1961 – A new bell was installed in the tower, donated by the family of Mrs. Chris Haldiman. The old Church bell was cracked and could not be repaired.

1962 –The church cornerstone was replaced with one of Carthage Marble.  A planning committee was appointed to plan an Educational Building addition. Plans were submitted and approved in September. 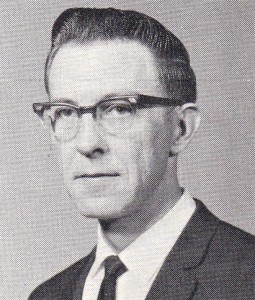 1963 – On Feb. 24, Rev. E.L. Koch resigned to accept a pastorate in Lexington, Mo. Rev. Marvin J. Kirchhoff of Evansville, IN, accepted a call in August to be the 6th pastor of the church. He was installed in February, 1964. Rev. William Sabbert served as the interim between Rev. Koch and Rev. Kirchhoff.

1965 – The congregation purchased 3 acres of land from the H.G. Rentsch  family for expansion of the cemetery.

1966 – The 100th Anniversary celebration of the California United Church of Christ coincided with the 100th anniversary of the Moniteau County Fair.

1967 –The church basement was remodeled. The kitchen was moved to the west end.

1970 – The Sanctuary was redecorated. New pews were installed. 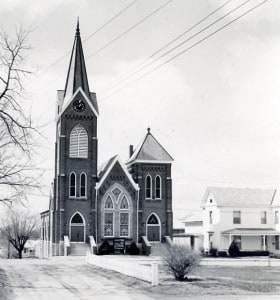 1972 – The parking lot was paved with blacktop.

1976 – The church was air-conditioned as a result of a gift from Mrs. Frank Gerbes in memory of Mr. Gerbes. A new sign board was installed in front of the church.

1982 – The Wilson property south of the church was purchased. The tape ministry was established.

1991 – 125th anniversary of the church was celebrated. Rev. Jesse Pollman was the guest minister.

1993 –On November 7, Rev. Gary Schulte assumed duties as pastor of the church.

1995 – The 100th anniversary of the church building was celebrated.

1997 – Dick Spieler was elected as moderator of the Missouri Conference.

1998 – In May, Peter Becker was called to be the first Associate Pastor of the church.
In August, members voted to remodel the sanctuary and make upgrades to the upstairs restrooms, west entrance foyer, parlor, and install a new elevator.

1999 – In July, Peter Becker resigned to return to Germany.

2001 – The 135th anniversary of the church was celebrated. Edith Guffey,  Association General Minister of UCC was guest speaker.

2002 – On July 7, the congregation voted to proceed with planning for a major building expansion.  In August, a building committee and finance committee were appointed. The Septagon company was secured as the builder for the project.

On August 8, Rev. Collette R. Jones accepted the call to be Associate Pastor of the church.  She was installed on November 17.

2003 – In March, the congregation gave final approval to the building  expansion and renovation project

2004 – On January 18, the church dedicated its new building. Rev. Robert Koch was the guest speaker for the day. The completed building is connected to and joins the main church and the educational building.  The project included Friendship Hall, a new kitchen facility, a number  of Sunday School rooms, library, meeting room and several storage areas.  It also included a complete renovation of the educational building,  providing for new church offices, restroom facilities and a remodeled foyer. The approximate cost was $1,000,000. 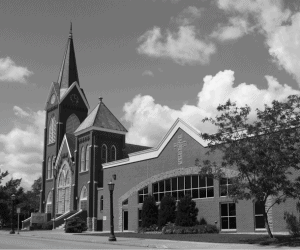 2006 – In April, Rev. Gary Schulte resigned as pastor to accept the position of Conference Minister of the New Hampshire United Church of Christ.

The church celebrated its 140th anniversary. 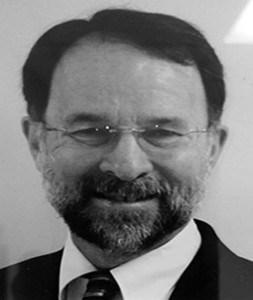 2010 – New hymnals “Hymns for a Pilgrim People” were purchased by the Memorial Fund, individuals, and a gift by the family of Mrs. Ethel Seyfert. These hymnals replaced those (The Hymnal) that had been used since 1939.

2011 – Moniteau County Ministries Center (MCMC) broke ground for a new building for use by the former Project Share and Mid-Mo Food Bank.
Choir Folders were purchased from Memorial Funds given in memory of Katherine Ratcliff. 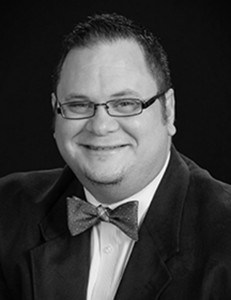 On September 15th, the congregation approved a bid from Mid- Continental Restoration Co. to repair the chimney on west side of the building and do brick repair and tuckpointing where needed.

2014 – Photos for Pictorial Directory were taken.  They were distributed later that year.
A new Advent wreath and stand was donated to our church in memory of Shirley Ball with funds from her memorial.

2015 – An updated webpage was launched in March to give our congregation a more informational presence on the internet for members and visitors.
Courtney Hees was hired as Youth Director.

2016 – The United Church of Christ in California celebrating 150 years of proclaiming and serving our Lord.